So, let’s understand how we can manage the conflicts well.

Conflict Management is an Art and Science of limiting negative aspects of a Conflict and increasing the positive outcome. 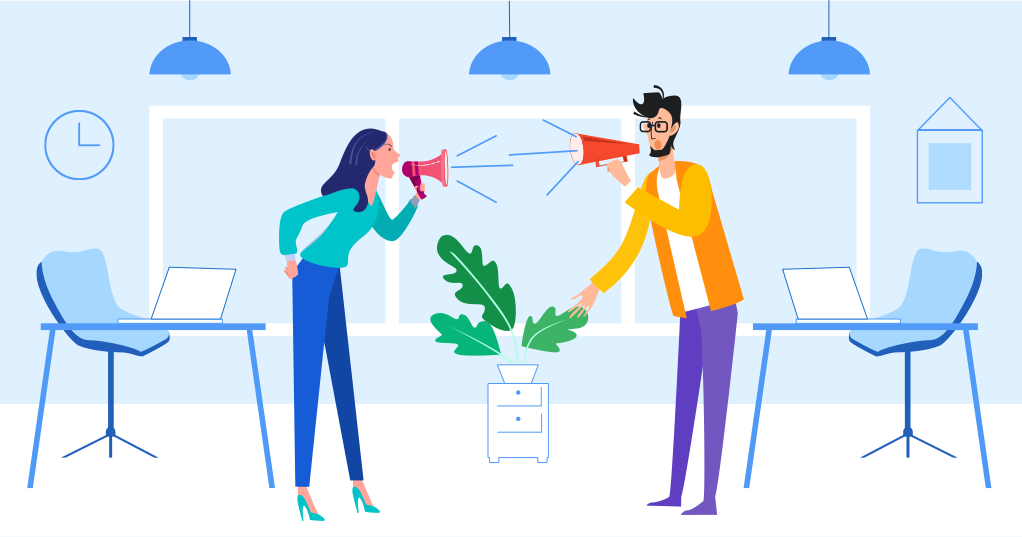 The 7 Steps to Resolve a Conflict

Step 1: Agree to talk and establish ground rules for the discussion

There won’t be any resolution if those involved don’t agree to talk. This needs to be the first step. However, by establishing ground rules then the conversation has a chance of being productive. Examples of ground rules might be:

Step 2: Take turns in explaining your feelings and thoughts about the situation

Once you’ve established the ground rules, then you can begin talking about what happened. It is best to have one person share their point of view, experiences, thoughts, and feelings. Then, the other person(s) involved can do the same. It is important that each person continue to follow the guidelines discussed and agreed upon because it is here where emotions might still be intense. If each person can explain their position while staying calm and respectful, it will support finding a resolution.

Although this sounds simple, identifying the conflict will facilitate finding a solution. This step can get easily overlooked, but it is an important part of the process. After each person has taken turns, articulate what you are arguing about. Stating the conflict in simple terms keeps everyone focused on the problem. You might even state the conflict aloud and get everyone’s consent before proceeding.

Step 4: Take turns in exploring options to resolve the conflict

In this step, everyone brainstorms. You’re trying to think of ways that might resolve the conflict. You might have ideas, thoughts, or possibilities for resolving the conflict, some of which might require compromise. However, it’s not yet time to agree on a solution. For now, stay open to possibilities. At this stage, simply have each person clarify what they would like to see happen.

Step 5: Agree on a solution

After brainstorming, it’s time to find an agreement. First, discuss which idea might make the most sense given the circumstances. Or you might identify the solution that everyone involved can agree upon. At this stage, review all the possibilities and then come to an agreement on the solution.

Step 7: Decide when to evaluate the solution

Before you end the discussion, decide on whether you will need to reconvene. You may want to do this to evaluate whether the solution is working or if it needs some improvements. Depending upon the circumstances, you may need to revisit this discussion again in the future to make changes to what you agreed upon. Before everyone leaves, decide upon a time in which you will talk again to discuss how this particular solution is working out for each of you.

How: as per the instructions of the trainer, read the case and share your opinion

Kawas Manekshaw Nanavati, a Naval Commander, was tried for the murder of Prem Ahuja, his wife’s lover. During the long periods when Nanavati stayed away from home for work, his wife, Sylvia Nanavati, fell in love with her husband’s friend, Prem Ahuja.

Nanavati, however, was mostly in the dark about this affair. All the letters written by his wife to him, during his travels, expressed complete commitment towards him. Meanwhile, as would be revealed by Prem’s sister during the trials, the lovers had planned for marriage after Sylvia got divorced from Nanavati. Whether this equation between the lovers changed (or was marred with mutual doubts) is still unknown.

On April 27, 1959, Nanavati, returning home from one of his assignments, confronted Sylvia. She confessed about the affair. Nanavati dropped his family at the Metro Cinema, for a show he had promised to take them to, but excused himself and headed straight to confront Prem Ahuja. Nanavati went to the Naval base, collected his pistol on a false pretext from the stores along with six cartridges, completed his official duties and proceeded to Prem Ahuja’s office. On not finding him there went straight to his flat. At Ahuja’s residence, Nanavati confronted him and asked him whether he intended to marry Sylvia and accept their children. After Prem replied in the negative, Nanavati killed Prem Ahuja, firing three close-range shots at him. Nanavati headed straight to confess to the Provost Marshal of the Western Naval Command and on his advice, turned himself in to the Deputy Commissioner of Police.

The crux of the case was whether Nanavati shot Ahuja in the "heat of the moment" or whether it was a premeditated murder. In the former scenario, Nanavati would be charged under the Indian penal code, for culpable homicide, with a maximum punishment of 10 years. This is because he could have invoked exceptions 1 and 4 of section 300 of IPC (which defines murder). In the latter scenario (i.e. premeditated murder), Nanavati would be charged with murder, with the sentence being death or life imprisonment. Nanavati pleaded not guilty and his defense team argued it as case of culpable homicide not amounting to murder, while the prosecution argued it was premeditated murder.

The jury in the Greater Bombay sessions court pronounced Nanavati as not guilty, with an 8–1 verdict. Hon’ble Mr. Justice Ratilal Bhaichand Mehta (the sessions judge) considered the acquittal as perverse and referred the case to the high court.

The high court intervention and reversal of Jury verdict

The prosecution argued that the jury had been misled by the presiding judge on four crucial points:

One, the onus of proving that it was an accident and not premeditated murder was on Nanavati.

Two, was Sylvia’s confession the grave provocation for Nanavati, or any specific incident in Ahuja’s bedroom or both.

Three, the judge wrongly told the jury that the provocation can also come from a third person.

And four, the jury was not instructed that Nanavati’s defense had to be proved, to the extent that there is no reasonable doubt in the mind of a reasonable person.

The court accepted the arguments, dismissed the jury’s verdict and the case was freshly heard in the high court

Since the jury had also been influenced by media and public support for Nanavati and was also open to being misled, the Indian government abolished jury trials after this case.

The high court agreed with the prosecution’s argument that the murder was premeditated and sentenced Nanavati to life imprisonment for culpable homicide amounting to murder. On November 24, 1961, the Supreme Court of India upheld the conviction.

The case also was marred with regional colors. Among the jurists, Ram Jethmalani, a Sindhi, conducted the prosecution, while Karl Khandavala, a Parsi, represented Nanavati. Prem Ahuja, the deceased, was a Sindhi and Nanavati was a Parsi. But there was unprecedented support for Nanavati among the public, not limited to Parsis alone. The media scrutiny brought about Nanavati as a victim of foul play, who even in his worst hours, stood for the honour and well being of his family.

Nanavati spent 3 years in prison. Prem’s sister Mamie Ahuja was persuaded to forgive Nanavati. She gave her assent for his pardon in writing. Vijaya Lakshmi Pandit, then governor of Maharashtra, pardoned Nanavati.

How: as per trainer’s instructions, answer the following questions

How: as per the instructions from the trainer, answer the following questions:

Do you have a conflict with someone? It can be a recent conflict or a conflict that was started long back. Explain that conflict here:

What are you going to do to resolve this conflict? Make a specific and time-bound plan.

Help!!! Try to resolve conflicts in the following situations

1) Your friend approached you for help at work but you were unable to solve it due to a tight schedule. This led to tension between you two. Now you need his help. What will you do?

a) Ignore him and do your work.

b) Don’t help at any time in future either.

c) Go and talk to him about the last time why you weren’t available to help.

d) Lodge a complaint to the boss.

2) You are made school captain for which your friend was also trying. Now things have turned very awkward between you. What will you do?

a) Ignore him as you are the school captain now.

c) Approach him and say that things are awkward but let’s try to make it normal.

d) Give up your position for him.

3) Your girlfriend/boyfriend is in the delusion that you are double dating. What measure will you take?

a) Ask him/her to stay in their dreams

b) Ask them why they think so.

d) Walk out of the relationship.

4) You are preparing for government exams but you demotivate yourself by overthinking. What will you do?

b) Change your goal

c) Do something else to divert your mind

5) You are leading a team but the team members are not in good books with each other. How will you solve the problem?

b) Have regular team and personal meetings to know their thinking.

c) Be strict and ask them to work together.

1) C (here you know the reason that has annoyed your friend. Tell him your situation so that he can understand. Maybe you can promise him to help in future to build a sense of trust.)

2) C (in awkward situations between any two people. It is always best to speak your heart out)

3) B (To avoid conflict one of the most followed steps is to know the origin/source of conflict. Ask them why they think so and justify it if you are innocent).

4) A (This is a scenario of self conflict, where we aspire for something but our thoughts let us down. Option B can be a solution but remember it is only for the temporary basis. Meditation will permanently help to avoid overthinking).

5) B (Ignorance or forceful strict actions will certainly ruin the team. make sure you hold regular team & personal meetings maybe supported with some activities to dethrone team conflicts)

Note: Conflicts are an integral part of life. You can’t avoid or divert them. Everyone has to face it but your approach will define whether you’ll succeed or not. Most of the time your conflicts can be resolved with peaceful talks and steps suitable for the situation.