Today, this term has assumed so much importance and prominence in all spheres of life that without a positive body language, none of us can survive in the professional arena, personal lives, and in the world, in general. For example, you are facing a job interview and the interviewer is questioning you. Now, although you are polite and replying well to the questions, the interviewer may still not select you. The  reason is very simple. Perhaps your body posture or body movements were not appropriate or were rude. This may have led the interviewer to think that you are either not interested, or you are not a good candidate for the job profile.

See the picture below and recognise how the body language is changing as per the feelings of people. 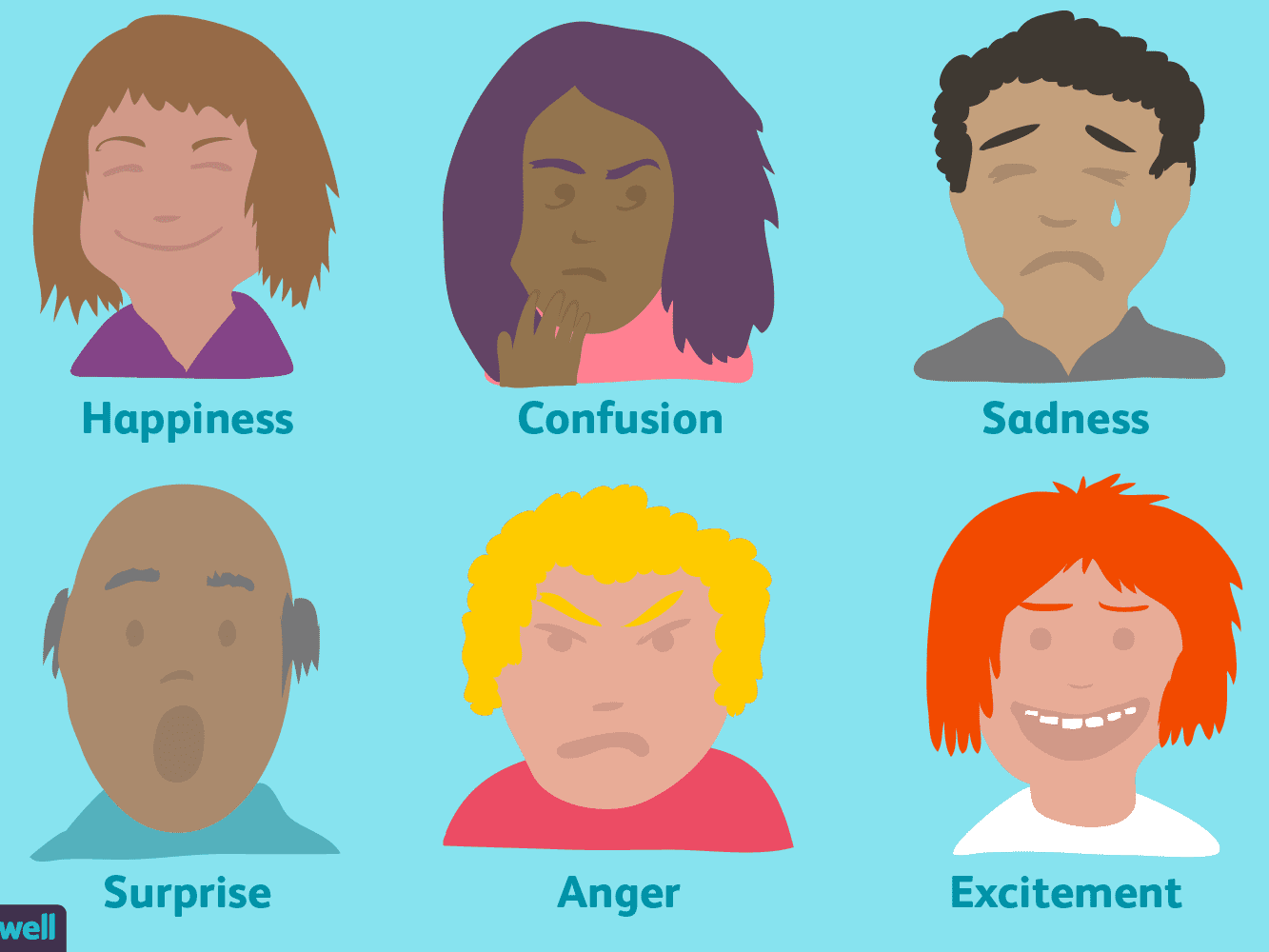 The first point to be kept in mind is to stand with the spine erect. You must not slouch or hunch. Hunching or slouching gives an impression of laziness and lethargy. Bad standing posture also symbolizes low self-esteem. This is not a good attribute to sport while standing.

Next point to be careful about is to not put your hands inside your pockets, while talking to someone. This posture shows disrespect. Keeping hands in the pocket or closed shows that a person is not interested to talk. Remember that arms are the vocal cords of body language and can speak volumes about your attitude and interest.

The standing leg cross is a body gesture of defiance, defensiveness and submission. This is the posture that is mostly adopted by people when they meet others who are complete strangers. This posture is considered to be defensive in nature. Hence, such a gesture shows that the person is not confident of oneself, or in other words, lacks self-confidence.

There are many traits of an original smile. Whenever a person smiles naturally, without any voluntary force, wrinkles are created around the eyes. This is because in an original smile, the lip corners are pulled up and the muscles around the eyes are contracted. In a fake smile, only lip movements happen. People giving fake smiles smile only through their mouth and not eyes. Research has proved that the more a person smiles, the more positive reaction he/she gets from others. There is one more way to detect false smiles. When a person tries to fake a smile, the right hemisphere of the brain – the one specializing in facial expressions – sends signals only to the left side of the body. Hence, a fake smile will always be stronger on one side and weaker on the other side. However, in a genuine smile, both parts of the brain send signals and hence, the smile is equally strong on both the sides. 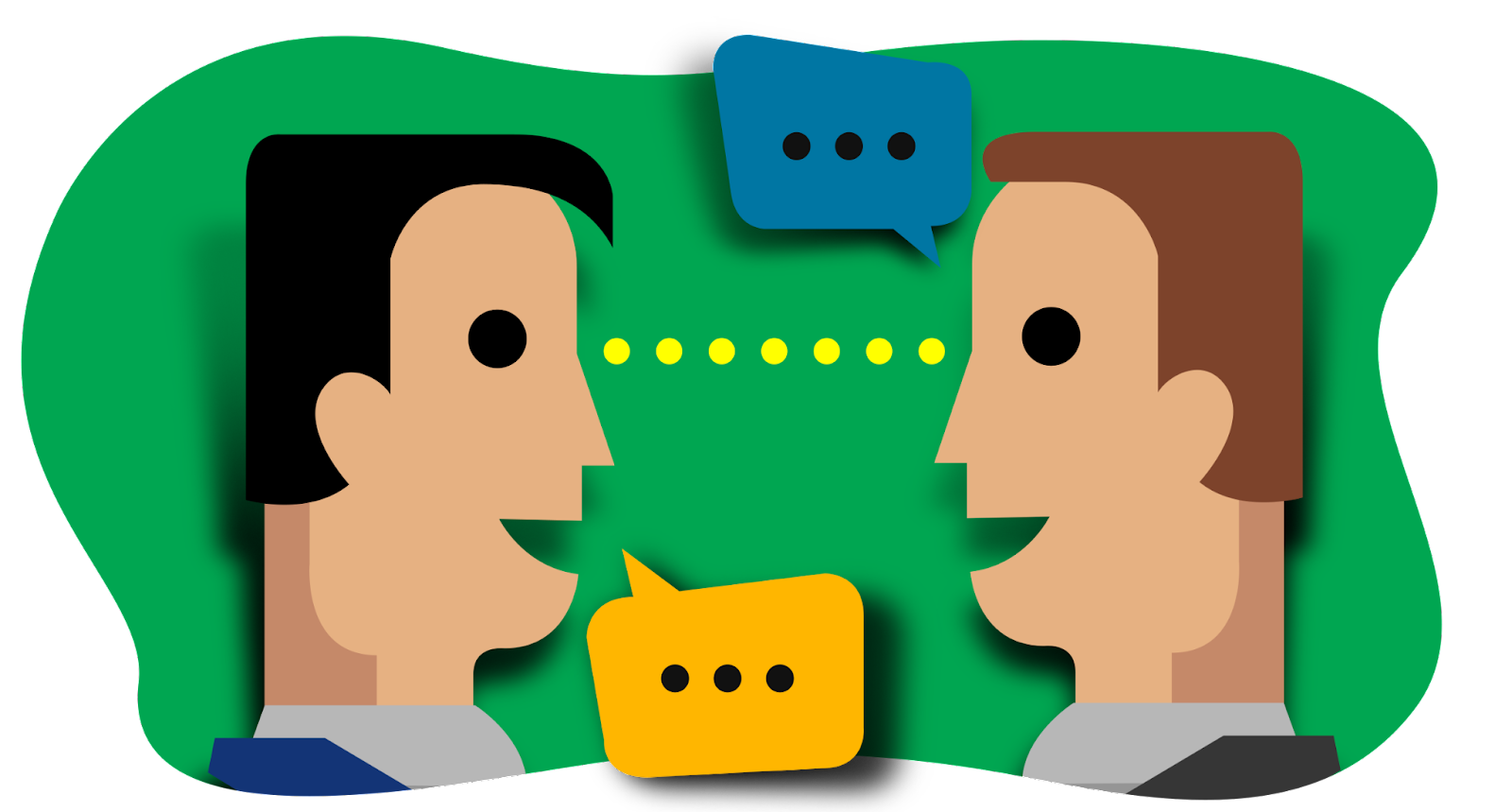 If the person’s eyes are looking away from you, then you must realize that the person is bored of you and it is better to either change the topic of discussion or leave. Interview body language experts suggest that when you are doing the talking you need to hold eye contact for periods of about 10 seconds before looking away briefly and then re-establishing eye contact.

Nod your head while listening to the other person

Nodding your head while listening to the other person is an additional way to show attentiveness. Nod your head occasionally to let them know you are enjoying and understand what is being said.

Activity: A picture says it all

How: Look at the photographs below, and write a caption in 2-3 sentences on what you think their body language is saying. 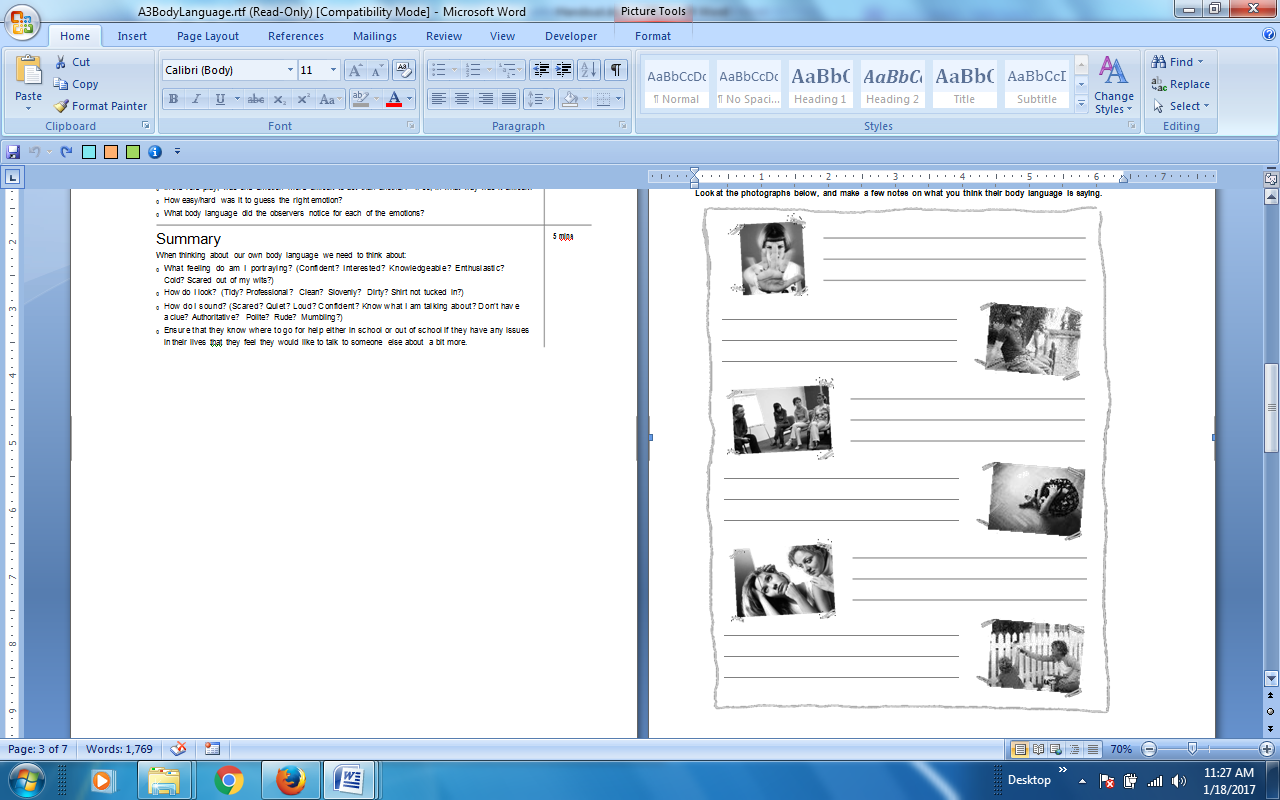 b) It is just a myth

2) Standing/Sitting Erect is an indication of ?

3) Keeping your hand in your pocket while talking to someone is a sign of ?

4) If you nod your head when someone is speaking, this is an indication of?

5) Which of the following body part is considered as Vocal Cord of Body Language?